Campaigns were launched in Korea, North America, Great Britain and Hungary to help consumers understand the effects of drinking.

As part of our ‘Society 2030: Spirit of Progress’ action plan, we have committed to educating people on the risks of alcohol-related harm through our global DRINKiQ platform.

A number of countries have run great campaigns, but we wanted to highlight the work from four in particular; Diageo Korea, Diageo North America, Diageo Great Britain and Diageo Hungary. All four countries have launched creative, consumer facing DRINKiQ campaigns to help promote positive choices and encourage people to visit DRINKiQ.com. In these countries alone the campaigns have reached millions of people.

Taking into account that 97% of Koreans own at least one smartphone and Quiz apps have become a popular part of pop culture in Korea, it was decided to use digital as the main platform for a DRINKiQ campaign. A collaboration with two mobile quiz apps was launched to promote the DRINKiQ quiz, as well as activity with magazines and social media sites to raise visibility and reach target consumers. 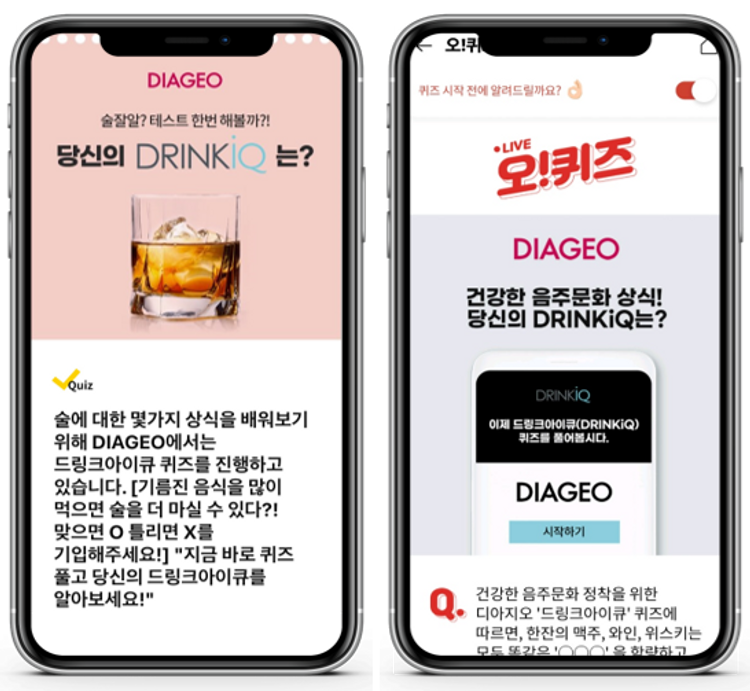 Both Diageo North America & Diageo Great Britain chose to partner with Buzzfeed to educate people about drinking alcohol. A simple ten-question quiz was published on the Buzzfeed website, with the campaign also activated across social media to target young adults of legal drinking age. Launch dates were strategically timed to coincide with seasonal moments such as the holiday season and Easter.

The Buzzfeed quizzes and social post content provided the perfect format to educate and engage our audience, with the format being a fun and effective way for us to share a responsible drinking message and encourage visits to DRINKiQ.com. 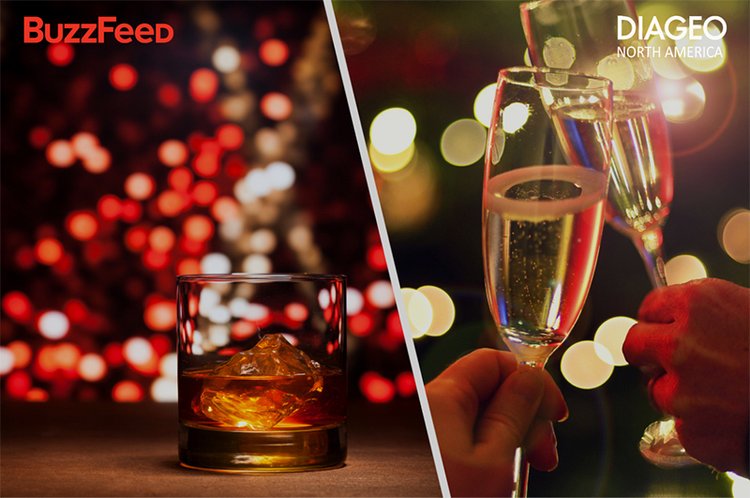 Diageo Hungary joined forces with a famous local band called Margaret Island to host a free virtual concert which debuted a new song, with access granted by completing the DRINKiQ quiz. Distribution partner Zwack and the National Accident Prevention Committee joined the campaign and Diageo Budapest’s 1,400 employees acted as Brand Ambassadors, amplifying the campaign through social media channels. The concert was promoted through articles and media interviews, as well as social.

Over 10,000 respondents completed the DRINKiQ quiz with more than 7,000 views of the concert from 48 countries. Responsible drinking messaging was visible more than 17 million times across all media platforms and after completing the quiz, 90% of people said they knew more about alcohol and its effects on the body. 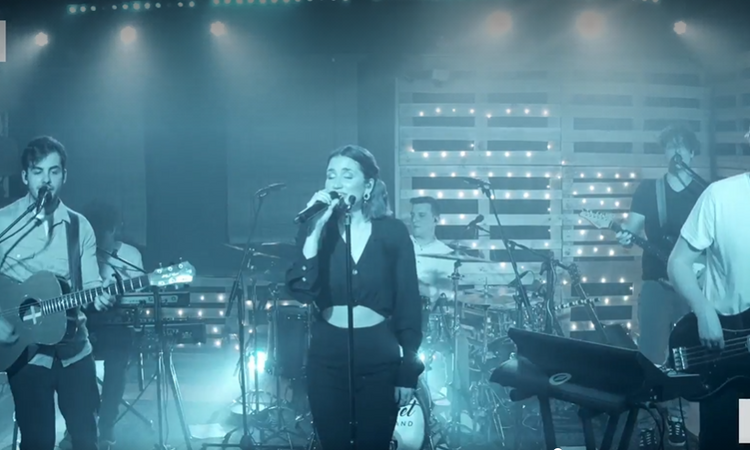 DRINKiQ is Diageo’s global resource to help people make responsible choices about drinking – or not drinking. The website, DRINKiQ.com, gives information on alcohol and its effects on the body, along with a range of resources to encourage moderate consumption