The world’s number one vodka

Established in 1864, Smirnoff is created using a unique process involving three distillations and ten stages of filtration. Our award-winning vodka has a robust flavour with a dry finish for ultimate smoothness and clarity.

While Smirnoff had its beginnings in Russia, Vladimir Smirnoff fled the country during the Revolution and re-established the brand in Europe more than a century ago. Smirnoff has been in America since 1934 and today, is proudly made in the US, Canada, Great Britain, Italy, Australia, Jamaica, Brazil, Argentina, India, Indonesia and Kenya.

Smirnoff is enjoyed by millions around the world and is one of the world’s four largest international spirits brands, by retail sales value.* 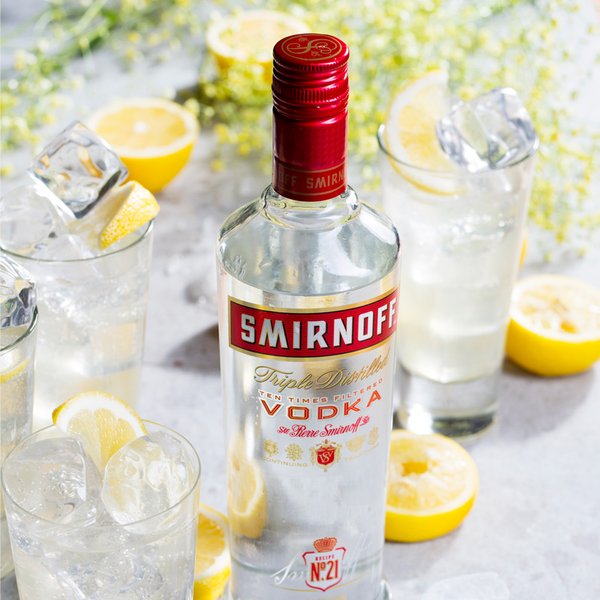 As part of our Society 2030: Spirit of Progress ten-year action plan, our brands will use their creative and media spend to support progressive voices across the media and advertising world, measuring and increasing the % spend year-on-year.

Smirnoff has a long history of putting the spotlight on inspiring LGBTQIA+ people, including Laverne Cox as part of its 2020 Hang Out From Home For America campaign, and supporting Pride celebrations in countries around the world. In America in 2021 Smirnoff launched its year-long ‘Color the Future’ campaign to celebrate the LGBTQIA+ community and push for equality each and every day.