Baileys puts inclusivity at the heart of a global campaign

As modern-day custodians of some of the world’s most loved brands, we are committed to using our marketing content and spend to challenge stereotypes and celebrate diversity. 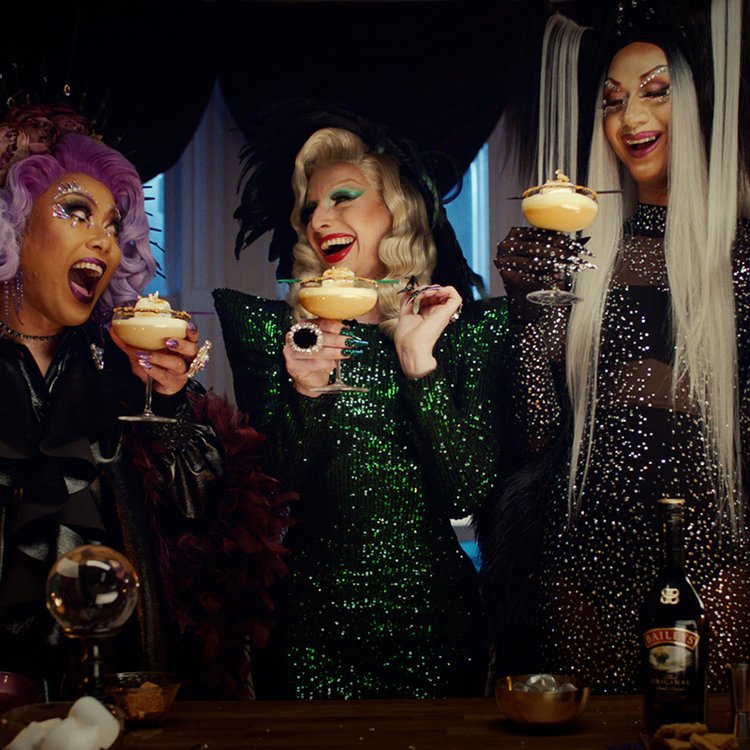 To celebrate Halloween, Baileys featured three of the UK’s most popular drag queens, Tia Kofi, Veronica Green and Asia Thorne, in its global Witches campaign. The 20-second advert saw three witches come together to make a deliciously wicked Baileys S’Mores martini cocktail when their plans are thwarted by the weather.

Designed to propel the famous Irish liqueur in the adult treating space, Witches was a celebration of how everyone loves to treat - it spans generations, genders, ethnicities, and sexualities and brings people together.

During the development of the campaign, the Baileys team partnered with Diageo’s LGBTQ+ employee group, the Rainbow Network, and INvolve, a global consultancy championing diversity and inclusion in businesses, to ensure the advert and overarching message was an authentic representation of drag, within the context of the wider LGBTQ+ community.

The Witches campaign and TV advert was live in over 10 countries around the world and in Great Britain it was recognised as The Grocer’s Top Spirits Campaign of 2021.