Guinness’ biggest dispense innovation since the launch of the “widget” 30 years ago sees a “’keg’ so small, it comes in a can” enabling Guinness to be poured in new bars and restaurants.

Guinness is taking another step in its long history of innovation and we’re excited to reveal the launch of “Guinness MicroDraught” – a new cutting-edge technology which serves beautiful, fresh Guinness Draught on tap to outlets around the world, no matter their size or setup. 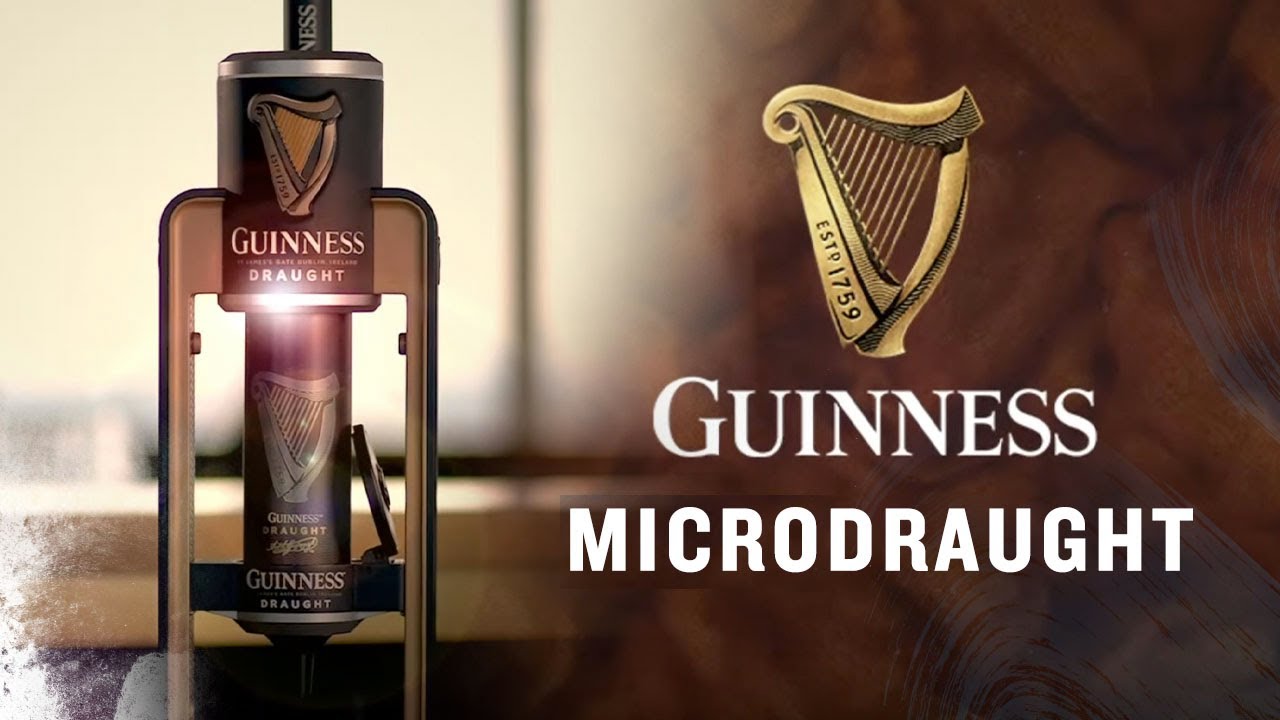 Guinness MicroDraught is the result of a two-year development process that uses a “’keg’ so small, it comes in a can”. While the Guinness used is brewed in exactly the same way, instead of kegging it in traditional, larger kegs for use in a standard bar set-up, Guinness Draught beer is delivered in unique cans, which are simply slotted into the Guinness MicroDraught unit and poured for a beautiful serve of Guinness in a pint glass, every time.

The pioneering dispense technology, the biggest for the brand since the development of the “widget” in 1988, is a solution to pour Guinness in new places and new spaces, such as restaurants, where previously it would be impossible to serve on tap due to the lack of keg system, beer lines and cooling system complexities. 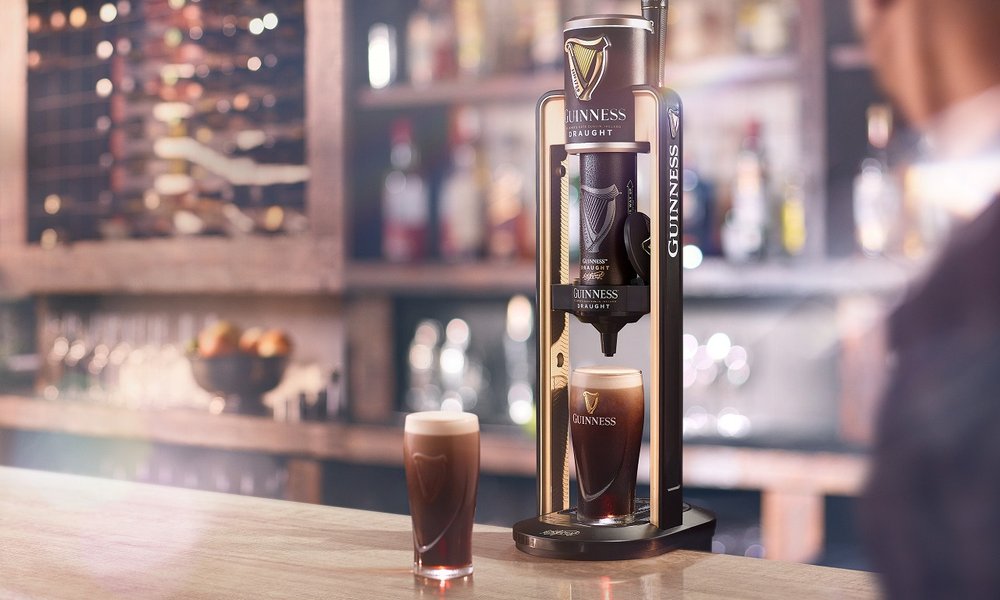 Guinness MicroDraught will be trialled in Fridays restaurants in Great Britain from June, in venues in Ireland from July and fully launched in Korea in July. Further trials in the United States, China, Hong Kong, Germany and Russia will follow later this year. In Korea, almost 20 million pints of Guinness Draught are consumed by 3.7 million people every year, however 90% of those pints are enjoyed at home. The launch of Guinness MicroDraught will enable more consumers than ever before to enjoy Guinness Draught on tap at widespread locations throughout Korea.

“Guinness is enjoyed the world over and globally renowned for pushing boundaries in technology. Guinness MicroDraught is the next step in this journey and today’s launch means that Guinness will be available in over 12,000 more outlets for millions more consumers to enjoy.”

The secret to how the MicroDraught unit produces beautiful Guinness every time is the world-first patent-pending double coaxial piercing of the can. It uses an air pump - as opposed to the gas cylinder used in the traditional system - to push the liquid out of the can and through the standard Guinness Draught spout. The result is a beautiful two-part pour with the iconic surge and settle and cold, smooth taste that makes Guinness Draught a beer loved by consumers around the world.

“Guinness MicroDraught is a significant dispense innovation and enables us to continue Guinness’ upmost commitment to quality around the globe. It ensures the iconic Guinness pour and ideal temperature is guaranteed every time - meaning that only the best, freshest Guinness is served wherever you choose to enjoy it – from Seoul to San Francisco.”