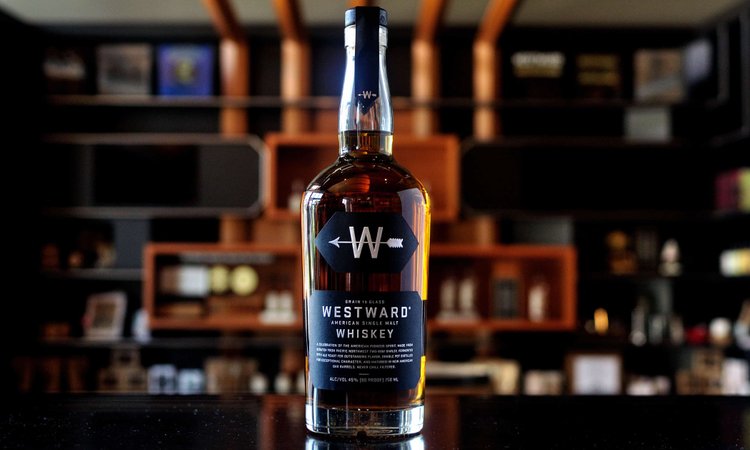 Westward American Single Malt is a celebration of the American pioneer spirit, inspired by the best of the American craft beer and whiskey traditions. Brewed and distilled using locally malted Pacific Northwest barley and ale yeast, perfected by years of maturation at the distillery’s rack house, and mingled in small batches, Westward is the culmination of a quest to produce a whiskey that embodies the spirit of the Pacific Northwest and draws inspiration from Oregon’s deeply-rooted craft brewing culture.

The investment by Diageo through Distill Ventures includes both the current distillery in Portland and the Westward American Single Malt brand and inventory. Enabling capacity expansion of nearly 40 percent next year, the investment will allow the Westward brand to continue to meet growing demand using only whiskey that is produced from scratch at its Portland facility, as it has done from the start.  The remaining spirits that have historically fit under the House Spirits Distillery umbrella, including Krogstad aquavit, Volstead vodka, and Casa Magdalena rum, are not part of the investment but will continue to be produced at the Portland distillery and supplied through the existing distributor network.

Founded in London in 2013, Distill Ventures is the world’s first accelerator dedicated to spirits, with the mission to support entrepreneurs on their quest to establishing and scaling brands for future generations of consumers. The company is active in both traditional spirits categories and emerging drinks categories across Europe, Asia and, for the past two years, North America.  Westward American Single Malt whiskey joins Denmark’s Stauning whisky and Australia’s Starward whiskey, two leading New World whiskies, in the company’s growing whiskey portfolio.

As is customary with all companies that work with Distill Ventures, the founders and current investors of Westward whiskey will retain majority ownership and continue to run the business independently as the company continues to expand and introduce the brand to a broader global audience.

Gonzalo de la Pezuela, Managing Director, Distill Ventures North America added “The Distill Ventures model offers the best entrepreneurs the opportunity to scale and grow their businesses independently with specialized acceleration resources on a global basis.  Our team is deeply committed to working with strong founders like Westward’s Thomas Mooney and Christian Krogstad, who deliver on innovation and excel at brand building.  Westward American Single Malt whiskey is an unparalleled spirit that perfectly delivers on the vision of placing a US brand amongst the world’s most coveted single malts."

Eugene Khabensky, Ventures Director, Diageo, said: “As a global spirits leader, we are thrilled when a high quality brand like Westward joins the Distill Ventures family. As a company built from founder-led brands, we are excited to support two great new entrepreneurs, Thomas Mooney and Christian Krogstad, as they accelerate Westward to the next level. We believe this brand has the potential to thrive in the emerging American Single Malt whiskey category.”

Originally founded as House Spirits Distillery in 2004 by Christian Krogstad, and later helmed by CEO and Co-Owner Thomas Mooney, Westward is a leader of America’s craft distilling resurgence and the anchor of Portland, Oregon’s famed Distillery Row.  Since the opening of its new, expanded distillery in 2015, which increased capacity six-fold, Westward is both the largest distilling operation in the Pacific Northwest and the largest craft distiller on the West Coast.  A leader of the rapidly growing American single malt whiskey category, Westward has earned high praise around the world, with a Gold medal at the San Francisco World Spirits Competition, a 93-point/Excellent rating at the Ultimate Spirits Challenge, a 94-point rating from Wine Enthusiast, and top billing in the Wall Street Journal''s list of Singular Single Malts Born in the USA.

In addition to its flagship Westward American Single Malt whiskey, the Portland, OR distillery is the home of other award-winning products originally developed by House Spirits including Krogstad aquavit, Volstead vodka, and Casa Magdalena rum.  For more information, visit www.westwardwhiskey.com.

Established in 2013, Distill Ventures is the drinks industry’s first accelerator for new and growing brands whose aim is to support entrepreneurs to develop, scale and sell the drinks brands of the future.  Through a combination of cash investment, mentoring support and access to a network of experts, Distill Ventures works with founders to help brands go further, faster. Distill Ventures operates across many drinks categories, and invests at all stages, from pre-launch (or “seed” businesses) through to those requiring significant expansion capital.  It is operated independently, and has a partnership with Diageo, who provide the investment funding, as well as access to their global network of experts.

To date, Distill Ventures has invested more than $75 million in 15+ drinks brands including: Seedlip, the world’s first non-alcohol distilled spirits brand; Stauning, one of Europe’s standout new whiskies from Denmark; Starward, a distinctive Australian whisky, exclusively matured in Australian wine barrels; and Belsazar, a German aperitif that exited into the Diageo portfolio in early 2018.  Further information on Distill Ventures and details on how acceleration works for drinks brands is available at www.distillventures.com.

Diageo is listed on both the New York Stock Exchange (DEO) and the London Stock Exchange (DGE) and our products are sold in more than 180 countries around the world. For more information about Diageo, our people, our brands, and performance, visit us at www.diageo.com. Visit Diageo’s global responsible drinking resource, www.DRINKiQ.com, for information, initiatives, and ways to share best practice. Follow us on Twitter for news and information about Diageo North America: @Diageo_NA.