Diageo and UNITAR collaborate to strengthen road safety in the Philippines 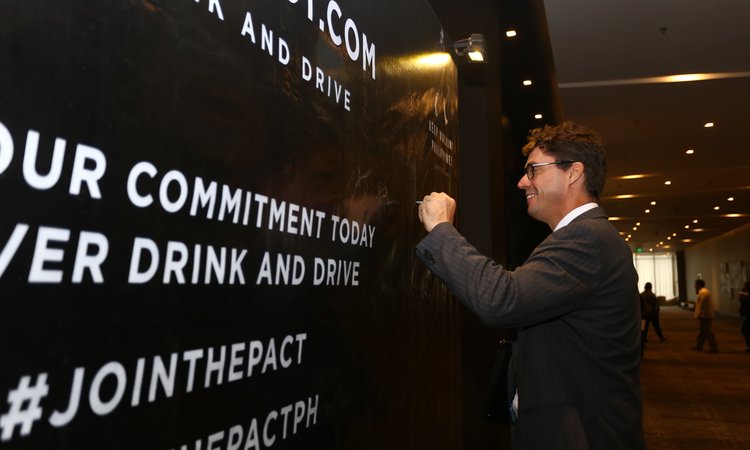 The United Nations Institute for Training and Research (UNITAR) and its International Training Centre for Authorities and Leaders in the Philippines (CIFAL Philippines) with the support of global beverage alcohol company Diageo and in close collaboration with the University of the Philippines is holding a two-day international multi-stakeholder conference titled “Road Safety for Sustainable Cities” on November 9-10, 2017, at Seda Vertis North in Metro Manila.

The conference will be inaugurated by Hon. Herbert Bautista, Mayor of Quezon City, Philippines and attended by over 150 local and international experts, government officials, law enforcement, educators, business and corporate leaders. Together they will deliberate and share best practices on road safety legislation and regulation, road and transport infrastructure, and pedestrian behaviour. 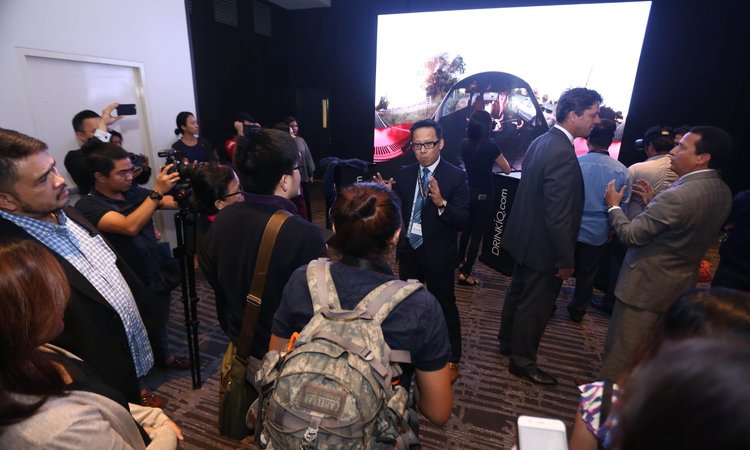 Road traffic injuries claim more than 1.2 million lives each year and have a disproportionately large impact on health and development. Road crashes are the 9th leading cause of death across all age groups globally and the leading cause among young people aged 15 to 29, costing governments approximately 3% of GDP on average (WHO, 2015). WHO estimated that in the Western Pacific Region, approximately 323,296 people were killed on the road in 2013. These deaths account for 25% of the global total of road traffic deaths. In the case of the Philippines, it is estimated that more than 10,300 lives were lost in 2013.

Mr. Nikhil Seth, United Nations Assistant Secretary-General and Executive Director of UNITAR comments:
“These numbers highlight the urgency of taking action to improve road safety. UNITAR and Diageo launched a two-year partnership entitled ‘Road Safety Initiative for Cities’, with the aim of building individual and institutional capacity of stakeholders around the world to reduce traffic deaths and injuries. In April 2016, the UN General Assembly adopted Resolution 70/260 entitled, ‘Improving Global Road Safety’, which renewed the call for governments to take a leading role in the implementation of the road safety-related SDG targets and the activities of the Decade of Action for Road Safety 2011-2020. Through the UNITAR and Diageo initiative, we will disseminate best practices amongst government officials with a focus on countries with the highest death rates related to road traffic. This initiative will also include multi-stakeholder thematic conferences, training workshops for government officials at the national and local levels, and awareness-raising events for youth”. 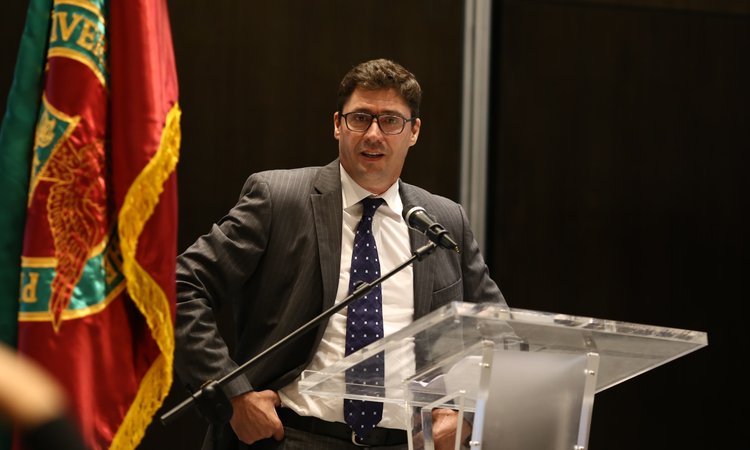 Mr. Sam Fischer, Diageo President for Greater China and Asia comments:
“It is an honour to be in Manila today attending this conference and I am proud of our partnership with UNITAR and the progress we are making to effectively address the issues of road safety, particularly drinking and driving, in the Philippines and in Asia Pacific more broadly. All road crashes attributable to alcohol are preventable and we believe a single drunken driving fatality is too many. We are committed to tackling these though a mix of policies, programmes and partnerships. We will continue to support and work with experts to create positive change by promoting road safety and responsible drinking in the Philippines and all the countries we do business in”.

Diageo has a long history of working to reduce alcohol-related fatalities and crashes and supports numerous drink drive prevention programmes around the world. These range from supporting high visibility enforcement through random breath tests in countries such as Ghana, Mexico and China, to funding safe rides and free public transportation, and supporting laws to establish maximum blood alcohol concentration levels in countries where none exist. 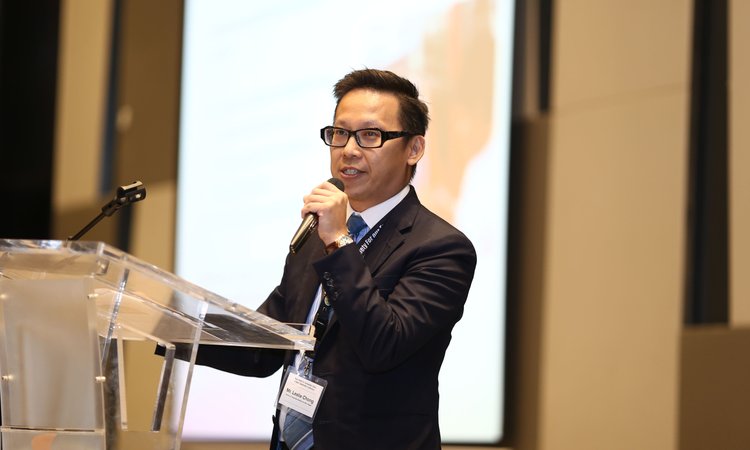 At the conference Diageo will unveil for the first time in Asia, ‘Decisions’, a groundbreaking film which challenges people to think twice before getting behind the wheel after drinking. In the company’s bid to encourage responsible drinking and positive decision-making, participants will get to experience an alcohol-related crash through the use of virtual reality goggles provided by Samsung Philippines. After launching in the US, it was found that 75% of people who experienced ‘Decisions’ will prevent drink driving by planning ahead with a designated driver and 73% said they will stop other people from drinking and driving. 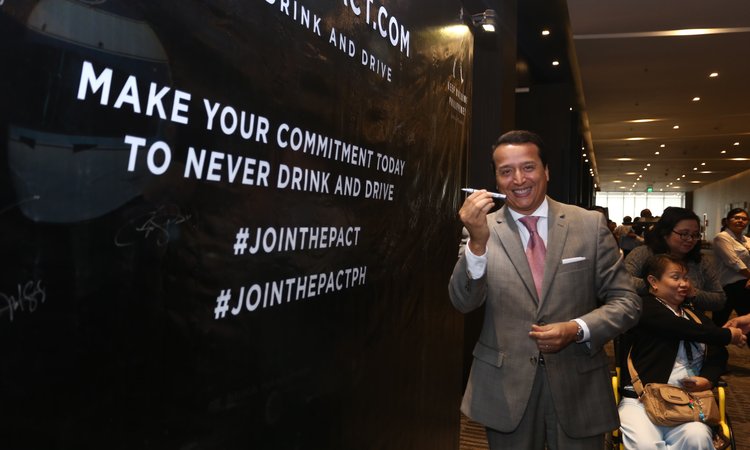 In addition, all conference participants will be invited to ‘Join the Pact’ to commit to never drink and drive, contributing to the goal of securing 5 million pledges by 2018 as part of Diageo’s global responsible drinking campaign. To help them get home safely, participants will receive a special promo code from Uber Philippines after pledging not to drink and drive.

The two-day conference rounds up the 2017 activity calendar, and is part of UNITAR and Diageo two-year joint training initiative delivered to contribute to road safety-related SDG targets. Trainings have been run in 9 countries across Africa, Asia, Latin and Central America, with a focus on countries with the highest death rates related to road traffic accidents. Over 60 countries have participated so far in workshops for government officials at both national and local levels, awareness-raising road shows for young people, and high-level conferences on the issue.

The United Nations Institute for Training and Research (UNITAR) is a training arm of the United Nations System, serving some 36,000 beneficiaries annually by conducting close to 500 capacity development and research activities around the world. The Mission of UNITAR is to develop capacities of individuals, organizations and institutions to enhance global decision-making and to support country-level action for shaping a better future.

The International Training Centre for Authorities and Leaders in the Philippines (CIFAL Philippines) is the country’s foremost hub for training, advocacy, and research on the interwoven themes of the 2030 Agenda for Sustainable Development, migration, and gender equality. Established by UNITAR and the University of the Philippines, the Centre offers an array of integrative, innovative, forward-looking, and developmentally relevant capacity-building courses.

About the University of the Philippines

The University of the Philippines (UP) is the country’s national university. This premier institution of higher learning was established in 1908 and is now a university system composed of eight constituent universities and one autonomous college spread throughout 17 campuses in the archipelago.