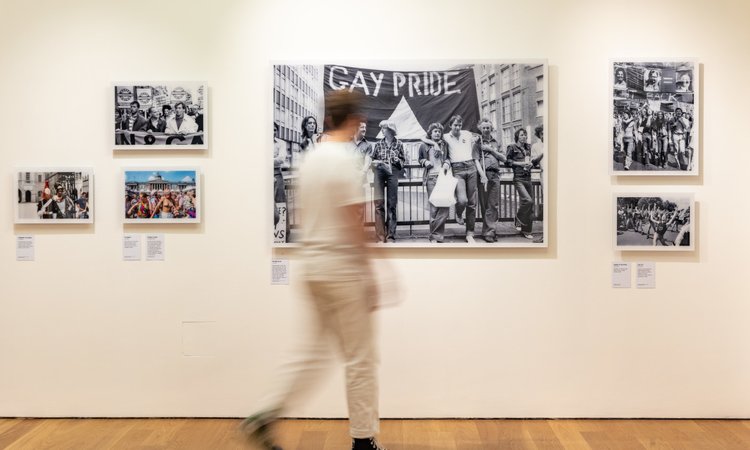 LONDON, 23 MAY 2022: Diageo, maker of Guinness, Johnnie Walker and Baileys, has today announced a new 2-year partnership with Queer Britain in London, the UK’s first national LGBTQ+ museum. Celebrating 50 years of LGBTQ+ Pride in the UK, the first-of-its kind partnership aims to capture some of the lost LGBTQ+ contributions to history and culture in the UK, creating space for the community to find meaningful connections to both past and present.

The partnership will see the global drinks company not only provide funding to support the setup of the inaugural space, but also provide resource to support the museums archivists in their mission to grow an archive of valuable stories and artefacts. The recently opened museum, situated in Granary Square at King’s Cross, is designed to encourage interaction, education, celebration and connection.

Archivists for brands such as Guinness and Johnnie Walker, will work with Queer Britain to upskill volunteers and create archive best practices that will enable the museum to preserve LGBTQ+ history. Diageo’s own global archive covers the equivalent of 55 football pitches, encompassing the history and heritage behind Diageo’s world-famous spirit brands and includes a collection of original documents, inspiring imagery, and brand stories that have been carefully collected from all over the world. The amalgamation of Queer Britain’s existing work, partnered with Diageo’s passion for preserving brand legacy, makes this a particularly exciting alliance.

As part of its commitment to building on Queer Britain’s archive, Diageo has partnered with filmmaker Mark Bleziri to expand its intersectionality and bolster the legacy of LGBTQ+ history while celebrating the community’s far-reaching— and often forgotten— contributions to UK life and culture. Mark will turn five iconic LGBTQ+ moments into mini-documentaries to educate and inspire, and to honour the Pride movement’s 50th anniversary. The raw footage and materials will also be donated to the Queer Britain archive.

“We’re so proud to be supporting Queer Britain in their mission to celebrate queer culture in the UK”, commented Conor Brown, Chairman of Diageo’s Rainbow Network Group at Diageo GB, “As part of Diageo’s ongoing commitment to creating a fairer, more inclusive society, we’re honoured to support an archive that strives to reinforce that all-important sense of belonging and connection for the community.”

Joseph Galliano​, ​Co-Founder and Chief Executive Officer of Queer Britain, said: “There are so many aspects of Queer history that have been lost or misconstrued along the way, so a huge part of our mission is to rectify this and to preserve it for future generations. Our archives allow us to bring LGBTQ+ icons, trailblazers and artefacts out of the margins and onto centre stage, and our collaboration with Diageo will allow us to take this important work one step further, ensuring that inclusivity and intersectionality are consistently at the forefront of everything we do.”

Alongside Diageo’s support for the Queer Britain archive, Diageo will also be announcing a number of other exciting collaborative initiatives and events in the coming months, in celebration of 50 years of the UK Pride Movement, with iconic vodka brand Cîroc hosting the stage for the first of the festivities. Expect Queer joy, celebration and Pride in abundance.

Diageo is a global leader in beverage alcohol with an outstanding collection of brands across spirits and beer categories. These brands include Johnnie Walker, Crown Royal, JεB and Buchanan’s whiskies, Smirnoff, Cîroc and Ketel One vodkas, Captain Morgan, Baileys, Don Julio, Tanqueray and Guinness.

Diageo is a global company, and our products are sold in more than 180 countries around the world. The company is listed on both the London Stock Exchange (DGE) and the New York Stock Exchange (DEO). For more information about Diageo, our people, our brands and performance, visit us at www.diageo.com. Visit Diageo’s global responsible drinking resource, www.DRINKiQ.com, for information, initiatives and ways to share best practice.

In 2020, Diageo announced its 10 year action plan, Society 2030: Spirit of Progress, to help create a more inclusive and sustainable world.