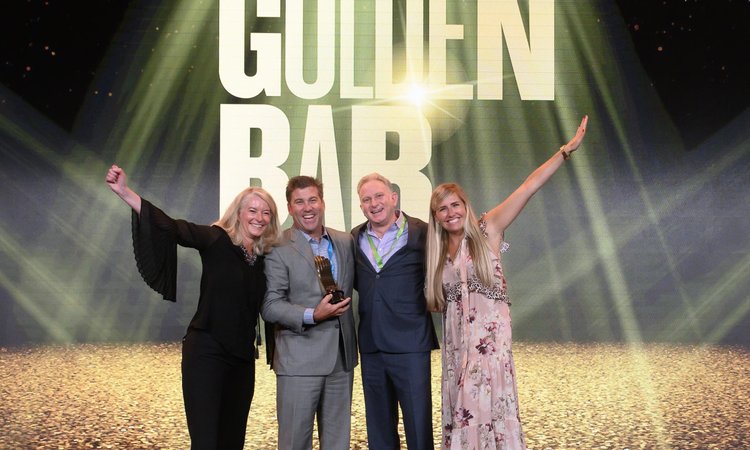 “In fiscal 2019, we delivered continued net sales growth, at five percent, and grew market share in spirits,” said Claudia Schubert, President US Spirits and Canada, Diageo North America. “The Golden Bars is a long standing tradition, and represents a time for us to come together with our distributor partners who work so hard on behalf of our terrific brands over the year, to celebrate the successes, and also look to the year ahead.”

The Golden Bar Awards celebrate spirits distributors across the U.S. for their excellence in the industry and the

important role they play in their respective communities.  Awards are given in seven categories including On Premise Performance, Innovation, Multicultural Excellence, and Distributor of the Year. A special Platinum Bar Award is awarded to a spirits distributor who demonstrates significant commitment to advancing social responsibility.

In total, seven Golden Bar statuettes, six made of gold and one of platinum, were awarded to spirits distributors. Each statuette weighs eight pounds, stands more than a foot tall, and is produced by Society Awards, the company that produces The Emmy’s®, presented by the National Academy of Television Arts and Sciences.

Diageo will recognize local sales representatives at a separate ceremony this evening, and present Golden Bar Awards to beer distributors at a separate event in September.

Below are the categories and winners for the 2019 Golden Bar Awards for spirits.

Spirits Distributor of the Year

Diageo is listed on both the New York Stock Exchange (DEO) and the London Stock Exchange (DGE) and our products are sold in more than 180 countries around the world. For more information about Diageo, our people, our brands, and performance, visit us at www.diageo.com. Visit Diageo’s global responsible drinking resource, www.DRINKiQ.com, for information, initiatives, and ways to share best practice. Follow us on Twitter for news and information about Diageo North America: @Diageo_NA.