Diageo North America hosted its sixth annual Military Service Appreciation Day event where hundreds of employees across the country virtually designed and assembled more than 10,000 care packages for military troops serving overseas and in domestic military bases. This initiative contributed to Crown Royal’s Purple Bag Project, which donates essentials and personal care items with handwritten notes in the brand’s signature purple bags as a beacon of gratitude and generosity – the brand celebrated the packing of its one millionth purple bag in 2020.

In addition to this year’s packing efforts, the event featured a virtual fireside chat with Debra Crew, President of Diageo North America and US Army Veteran, and special guest Antonio M. Taguba, retired Major General of the US Army. Representatives from the company’s business resource group ‘Veterans and Friends of Veterans’ and community partners - including Packages From Home, iPads for Soldiers, Buffalo Soldiers and the Kappa Epsilon Psi (KEΨ) Military Sorority- joined the occasion to honor those who served the country. “Our annual packing event is one that we all look forward to joining every year. It’s with great respect and admiration that we continue to honor our servicemen and women by showing our deep dedication to the military community. This year, we were met with an abundance of support and great generosity from our team across the country and charitable partners who make this special community service effort such a success.”

Culture Technology & Emerging Platforms at Diageo North America, and co-chair of the Veterans and Friends of Veterans business resource group 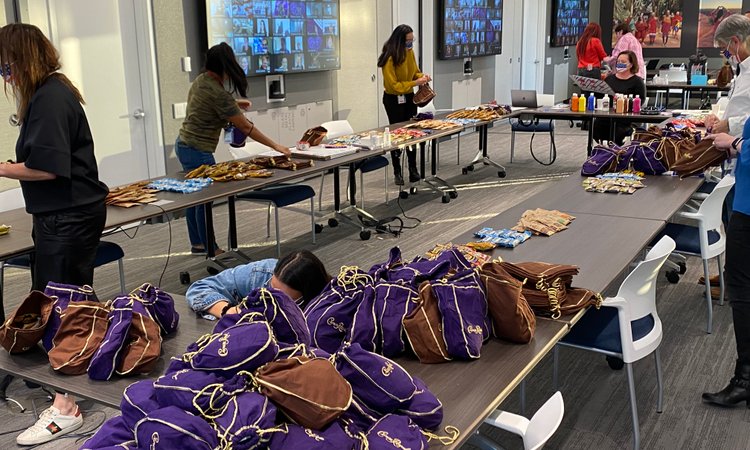 The company developed the Diageo Salutes the Troops program to pay tribute to members of the military all year round through community service events and charitable donations, which include: